The endocrine system is the collection of glands that produce hormones that regulate metabolism, growth and development, tissue function, sexual function, reproduction, sleep, and mood, among other things.

The word endocrine derives from the Greek words “endo,” meaning within, and “crinis,” meaning to secrete.  In general, a gland selects and removes materials from the blood, processes them and secretes the finished chemical product for use somewhere in the body.

The endocrine system is based on the ductless gland that secrete their hormone directly into blood stream. The pituitary gland is known as master gland of endocrine system. The glands of the endocrine system are:

The pituitary gland is a pea-sized structure located at the base of the brain, just below the hypothalamus, to which it is attached via nerve fibers.

That is main endocrine gland. It is a small structure in the head. It is called the master gland because it produces hormones that control other glands and many body functions including growth. The pituitary consists of :

The anterior pituitary ( adenohypophysis) is the glandular and present in anterior lobe of pituitary. It secretes following hormones:-

Adrenocorticotropic Hormone (ACTH):-  Its stimulate the production and release of cortisol from the cortex of the adrenal gland.

Melanocyte Stimulating Hormone (MSH):- The MSH stimulates melanocytes for the production of melanin which is responsible for darkening of skin.

Luteinizing Hormone (LH):- The LH stimulates the production of testosterone in males and progesterone in female.

Prolactin:- The prolactin provides stimulation for milk production in mammary glands of female after child birth.

The back portion of the pituitary, a small gland in the head called the neurohypophysis.  It secretes following hormones:-

Antidiuretic Hormone (Vasopressin):- A pituitary hormone which acts to promote the retention of water by the kidneys and increase blood pressure. Diabetes insipidus is caused by a lack of antidiuretic hormone (ADH), also called vasopressin, which prevents dehydration, or the kidney’s inability to respond to ADH. ADH enables the kidneys to retain water in the body.

Oxytocin:- A hormone released by the pituitary gland that causes increased contraction of the uterus during labour and stimulates the ejection of milk into the ducts of the breasts.

The thyroid gland is a butterfly-shaped organ located in the base of neck. It releases hormones that control metabolism. Calcitonin is also secreted by the thyroid gland that reduces the concentration of blood calcium level when it has risen to an above normal level.

When the thyroid gland is overactive known as hyperthyroidism. The body’s processes speed up and can cause nervousness, anxiety, rapid heartbeat, hand tremor, excessive sweating, weight loss, and sleep problems, among other symptoms.

When the thyroid gland is underactive called hypothyroidism. Its deficiency of thyroid hormones can disrupt such things as heart rate, body temperature and all aspects of metabolism. Hypothyroidism is most prevalent in older women.

Calcium is the most important element in our bodies , so calcium is regulated very carefully. Parathyroid glands control the calcium.

The adrenal glands are two glands that present on the top of kidneys that are made up of two distinct parts.

Adrenal glands are also known as suprarenal glands and secreting the hormone adrenaline, which rapidly prepares body to spring into action in a stressful situation.

The adrenal cortex is divided into following three layers:

The pancreas contains exocrine glands that produce enzymes important to digestion. These enzymes include trypsin and chymotrypsin to digest proteins; amylase for the digestion of carbohydrates; and lipase to break down fats.

The endocrine component of the pancreas consists of islet cells (islets of Langerhans) that create and release important hormones directly into the bloodstream. Two of the main pancreatic hormones are insulin, which acts to lower blood sugar, and glucagon, which acts to raise blood sugar. 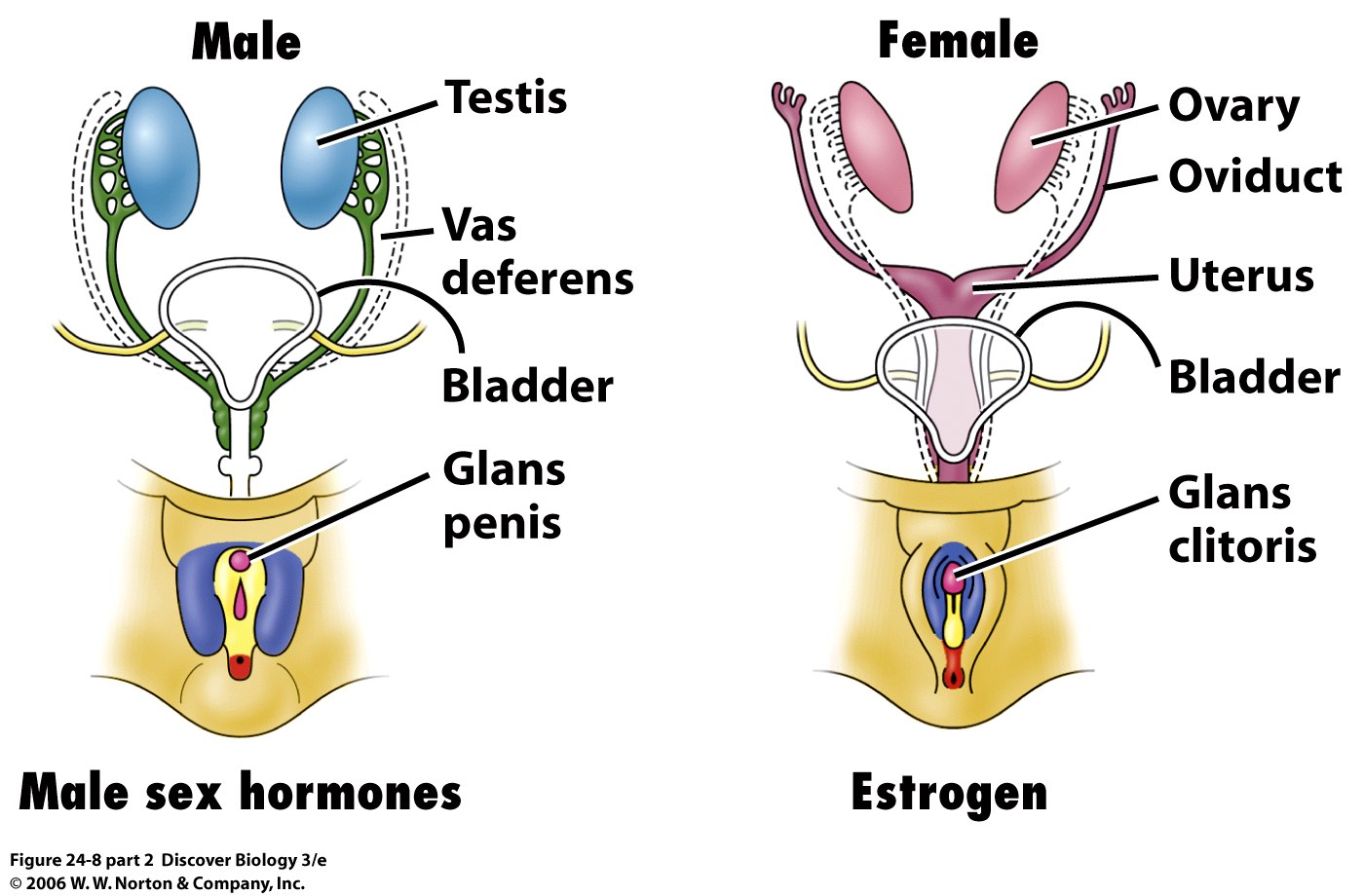 The testes secrete testosterone, which is necessary for proper physical development in boys. In adulthood, testosterone maintains libido, muscle strength, and bone density. Disorders of the testes are caused by too little testosterone production.

The thymus is composed of two identical lobes and is located anatomically in the anterior superior mediastinum, in front of the heart and behind the sternum.

The thymus gland, located behind sternum and between lungs, is only active until puberty. After puberty, the starts to slowly shrink and become replaced by fat.

Thymosin is the hormone of the thymus, and it stimulates the development of disease-fighting T cells.

The pineal gland, also known as the “pineal body,” is a small endocrine gland. It is located on the back portion of the third cerebral ventricle of the brain, which is a fluid-filled space in the brain.

The pineal gland produces the hormone melatonin that helps to regulate the human sleep-wake cycle known as the circadian rhythm.

12 thoughts on “Endocrine System : An Overview”